The Impact Of The Railroad

Like many towns along Highway 61, the railroad gave Cleveland its start and was the essential component to its growth.  In 1900, the State Legislature allowed the county to be divided into two judicial districts, naming Cleveland as the county seat of the second judicial district.  Twenty years later, as the State Legislature sought an appropriate location for a teacher’s college in the Delta, it was in great part due to the railroad that Delta State was established in Cleveland.  Thirty years later, the railroad played a part in helping Cleveland attract Baxter Laboratories, Delta Steam Electric Station, and other industries—all contributing to the growth and prosperity of the town.  It was the trains that transported people, goods, and the mail.

The railroad was the lifeblood of the community and Cleveland was no exception. The original LNO & T was quickly purchased by the Illinois Central but for many years it was operated here as the Yazoo & Mississippi Valley Railroad. 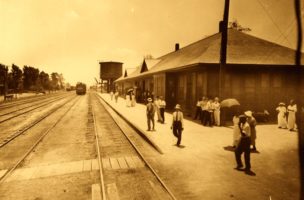 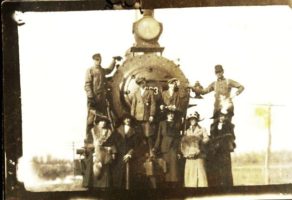 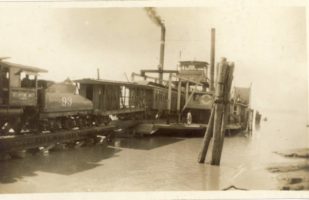 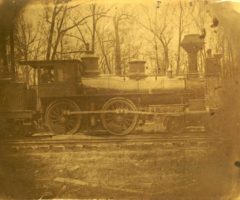 The Railroad and the Blues

The Blues that is so associated with the Mississippi Delta was immeasurably impacted by the railroad.  The music traveled the rails and the trains themselves helped shape the music.  Around 1900 sections of the railroad were connected, forming the Dockery to Rosedale line nicknamed the Peavine.  Charley Patton immortalized that railroad in “Peavine Blues” and Robert Johnson wrote about “going down to Rosedale with my rider by my side…”.  They carried their musical skills with them, entertaining, sharing, and influencing other musicians.  It was in a depot that W. C. Handy first heard the Blues—but it was a song about the railroad (“…going where the Southern crosses the Dog…”) and it was while entertaining in Cleveland that he understood the significance of the music, riding the train back to Memphis, he carried the Blues with him.  The train could take your baby away or bring your baby back home…